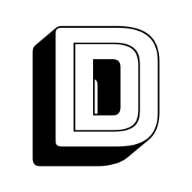 I hear and I forget. I see and I remember. I do and I understand. - Confucius

This is @isdanni (Danni), an engineer aspire & a senior CS student.

My journey so far

My journey in tech started way before college. When I was in primary school, my dad registered my first Gmail account(which welcomed me with hundreds of spam mail about 13 years later) and told me he would give it to me when “it’s time”. He is definitely the person influencing me the most about the career choice. I can remember clearly he would bring piles of electronic&computer magazines home after work and tried to assemble a desktop PC himself even though his job has nothing to do with the technology. He never asked me to learn with him but that was the first time I felt it’s pretty cool to know these stuff.

there were programming club and web-making class for junior students but I only showed up twice before quitting since it’s “too boring”. I started to go through my father’s old magazines and then turned to bookstores because most of them were severely outdated. I also learned my very first programming language at that time, Visual Basics and made some small computer games following tutorials. One day I was listening to a podcast about movies and The Social Network was on. I got interested because the characters spoke faster than any other roles I knew, so I watched it — and got a whole new view of how the tech world is about(tho not completely real, but still). However, this is still not the reason I chose Computer Science, not just because it looks cool.

I got admitted into engineering major even though we learned the same classes as CS students in the first year. During that time, I joined many activities and talked to different kinds of people about career choices. I also met amazing friends who are smart and humble. So that’s when I really made up my mind. Because it is something that I love enough to learn new things every day myself. Now after 2 years of study, I have never known this clearly how far I am from the professionals in the field but I would love to learn and continue learning. Not stopping.

Feel free to send me questions 🙂🐧